Sampling has confirmed that the algal bloom in Lake Rotorua, and also affecting the Ohau Channel and the Okere Arm of Lake Rotoiti, is one that is potentially toxin producing.

A health warning issued on Friday, remains in place for Lake Rotorua, the Ohau Channel (the channel that links Lake Rotorua and Lake Rotoiti) and the Okere Arm of Lake Rotoiti.

Satellite imagery and visual assessments by the Bay of Plenty Regional Council show an extensive algal bloom throughout much of these areas. “The bloom on Lake Rotorua, the Ohau Channel and Okere Arm of Lake Rotoiti is blue-green algae which can be toxic and so it is important to avoid any activity which results in contact with the lake water,” says Dr Neil de Wet, Medical Officer of Health for Toi Te Ora Public Health.

“Algal mats and scum may accumulate along the shorelines and so it’s especially important that parents ensure that children avoid contact with these as they may be toxic,” says Dr de Wet.

Dogs are particularly at risk and should be kept away from the shorelines. Elsewhere in New Zealand there have been reported deaths of dogs that have eaten algae. 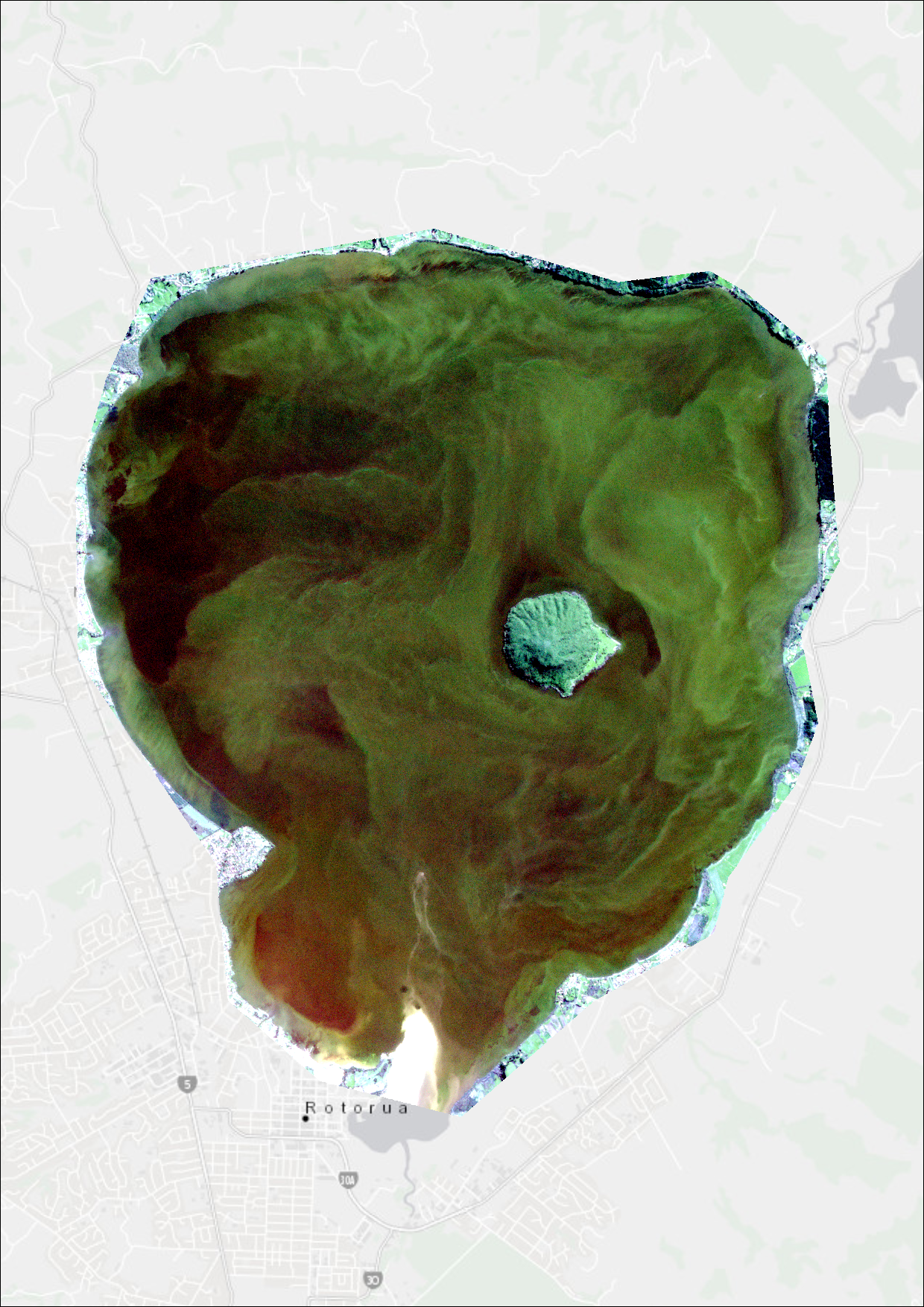