The health warning issued in November for Lake Ohakuri has now been lifted by the local Medical Officer of Health.

Results of water testing by Waikato Regional Council confirm that the algal bloom has subsided in the lake.

Despite the lifting of the warning, the public should always be cautious for signs of algal blooms if using lakes. “Algal blooms can develop rapidly and unpredictably and can sometimes produce toxins that are harmful for people as well as animals.  If the water looks discoloured, has an unusual smell, or has green or brown particles suspended in it then it is best to avoid contact with it,” says Dr Jim Miller, Medical Officer of Health for Toi Te Ora Public Health.

Side-arms of water-ways such as hydro-lakes, can have different conditions than those in the main lake including poorer flushing and higher temperatures. These factors can sometimes support rapid growth of algae resulting in very visible algae blooms, sometimes described as ‘pea soup’. For more information, go here.

“It is important to look before you leap.  If in doubt, it is best to avoid contact with the water and swim or play somewhere else,” says Dr Miller.

The health warnings for Lake Maraetai and Lake Whakamaru that were issued around the same time as Lake Ohakuri in November were lifted in December. 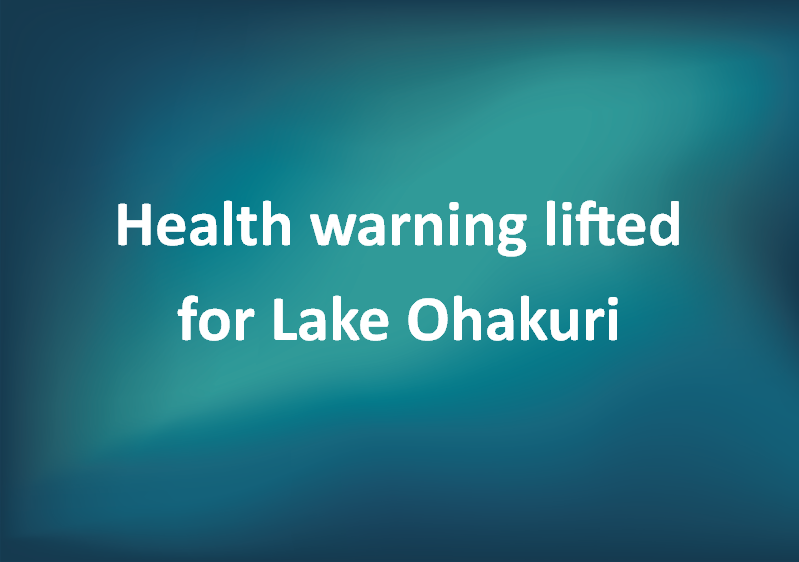