A health warning has been issued today for Lake Rotorua and the western end of Lake Rotoiti. The health warning is based on water test results and satellite imagery provided by the Bay of Plenty Regional Council which indicate an extensive algal bloom throughout much of Lake Rotorua, particularly away from the shore.

“People should avoid any activity which results in contact with the water in Lake Rotorua, the western end of Lake Rotoiti, and Ohau Channel,” says Dr Phil Shoemack, Medical Officer of Health for Toi Te Ora Public Health.

Signage will be erected at popular sites along the shores of both lakes advising potential lake users about the algal bloom.

As we head into summer, Dr Shoemack advises the public to keep an eye out for signs of algal blooms if using lakes in our region. “Algal blooms can develop rapidly and unpredictably and can sometimes produce toxins that are harmful for people as well as animals. If the water looks discoloured, has an unusual smell, or has green or brown particles floating in it then it is best to avoid contact with it.” 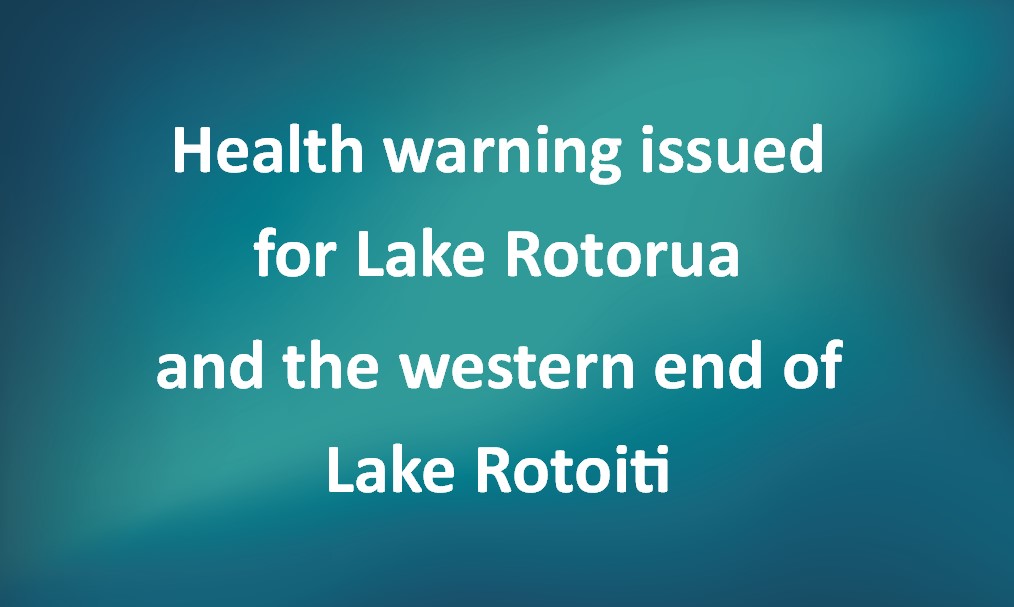